Zee News Channel provided its phone number, email ID and SMS details for Indian viewers. Zee News is reputed channel that offers its service within the dimension of media. The base of zee news was founded by Essel Group in the year 1999. This group is known to be India’s largest media multinational company with its unbeatable presence within the spectrum of entertainment and media. This group is found to be responsible for the functionality of several news as well as regional entertaining channels that are listed under the stock exchange of Zee News Limited. Later, in the year 2006, it was into news that Zee News Limited got separated from Zee Entertainment Enterprises. 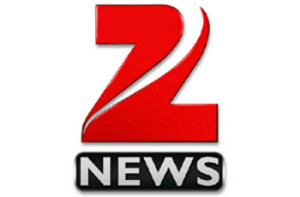 This channel was introduced into the market as an English broadcast channel that used to deal in news and current affairs. But with the success of Aaj tak, Zee News decided to get introduced as a Hindi news channel. With the passage of time the channel turned out to be success and carve out its niche amongst its competitors. It is even successfully running in India with its sister channels such as Zee Business, Zee Marathi, Zee 24 Taas, Zee Bangla, 24 Ghanta, Zee Punjabi, Zee Telugu and Zee Kannada.

To settle every sort of dispute you can make a call on the Zee News helpline number. For a better experience and received further info you may require the contact details of the Zee News advertising department that has been mentioned below: