Sony Entertainment Television is one of the best TV soap channel that is mostly liked by the housewife. Today, it has turned to be a part of our daily livelihood. This is best known as SET. This is hindi-based entertainment channel that is under proprietorship of MSM abbreviated for Multi Screen Media Private Limited which in the past period was best known as SET India Private Limited. This channel is acknowledged as the auxiliary of Sony picture Entertainment. 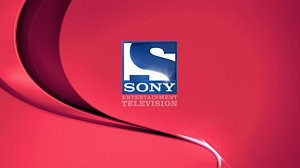 The family package of the entertainment channels such as SAB, Sony MAX, Sony PIX, Sony PAL, Animax, sony Aath, AXN and Sony Mix. Sony Mix is a music channel that is introduced as 24 hours music channel which work in joint venture of MSM and Discovery Communications India. It has a list of popular shows under this name such as “CID”, “Bade Achhe Lagte Hain”, “Aahat” and many more. The 4th and 5th season of “Kaun Banega Crorepati” was even aired on Sony entertainment television in the year 2010 and 2011 respectively and till date it is considered to be the top TRP show on SET. You may even enjoy Sony entertainment as an HD channel on different service providers as Tata Sky, D2H, Dish TV, Airtel and many more.